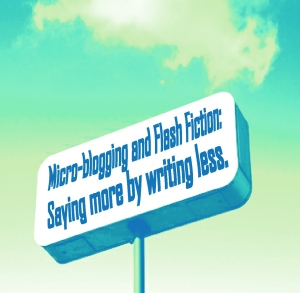 One of the first commercial flash fictions to ever be put into a novel was only six words. It was written by Ernest Hemingway. And it contained everything traditional lengthy fictional prose and novels must have: plot, suspense, and intrigue. The story was: For sale: baby shoes, never worn. Yes, only that! But it was able to effectively convey to readers a story.

Flash-forward to our modern era, and we can see many examples of Flash Fiction in our daily lives. From Microblogging websites such as: Twitter and Facebook, to even humorous websites such as FMyLife where authors write short but witty quips about daily blunders and general life occurrences. But they all have evolved from the same groundwork that was set in motion by this one idea: Saying more by writing less.

So the key to being successful when accomplishing this endeavor is to communicate overall meaning. Opulent prose and wordiness has no place in this type of writing so editing what you want to reveal to readers is the challenge.

This forces you to reconsider what the important tidbits in storytelling actually are; and it can take some practice to understand this somewhat abstract concept. But once you understand the mechanics of being able to edit yourself down to only a few words, then you will be able to discard what is unimportant and know exactly what truly matters.

And you can relay your prose any way you want to, whether you chose to do it with humor (which is often the case for both Twitter and FMyLife) or with profundity. But make it short and meaningful!

Here are some examples:

From @BronxZooCobra – He escaped a few years ago and was recaptured, then returned to his zoo habitat. He tweets about his adventures, plans new escapes and tweets about his fellow escapees from his zoo. Oh and his preference of “food”  😉 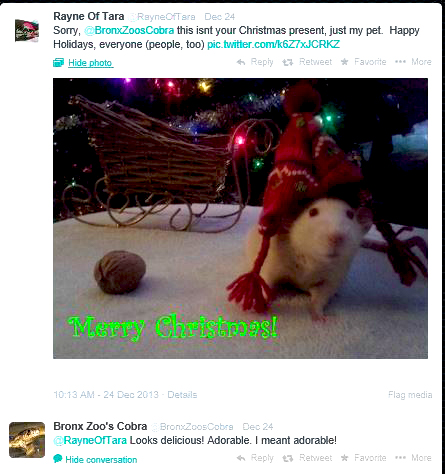 And G-d/God the omnipotent force of our universe, also has a Twitter account. He tweets out small wisdom’s about his many magnificent creations – and to his humans too. And yes, he only follows @JustinBieber 😉 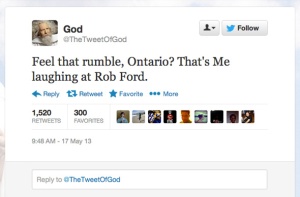 FMyLife – Offers funny quips about all of life’s foibles. I’m often not sure of the veracity of some stories there, but that’s not the point of it, fictional or not, it serves its purpose for entertainment and human comradery. And most of what’s posted there is really quite funny.

Facebook – Usually directed at more personal and intimate relationships,  and also contains some microblogging type of prose too. Real or not,  enjoy it for what it is – either entertainment or a time-suck* to connect and share with friends and family, you decide.

Keep to the Golden Rule when using these mircoblogging sites, for example Twitter’s: Tweet unto others what you’d want tweeted unto you (Treat others how you want to be treated). And everybody has made a few blips with that at sometime or another (I certainly have! Sorry!) but remain calm; don’t feed any Trolls; and do your best to make amends 😉

Some good guides I’ve come across in the last few days since joining Twitter have been:

Forbes: 31 Twitter Tips by Ken Krogue @KenKrogue More sort of business-to-business directed, but it’s still a very concise and useful guide which can be broadly applied to your own Tweeting habits.

Hashtags.org Find out what’s trending and popular or find your niche!

And who knows with enough originality, you may even get as popular as @TheTweetOfGod or  @BronxZooCobra 😉

I write and do graphic art stuff*.